Soy – one of the most heavily subsidized crops in the United States – is so widely promoted as a miracle food, a healthy alternative to meat, and a solution to world hunger that it rarely occurs to us these claims might be untrue. Dr. Kaayla Daniel, The Naughty Nutritionist™, guides us through the various health claims, studies, hype, and misinformation surrounding this staple crop as presented in her book The Whole Soy Story.

The Secret awoke the public to the art of manifestation, but many wrote it off when they failed to get results. Pam Grout returns with a wealth of insight on manifesting the life of your dreams by starting small and learning to think big.

Get Involved: Participate in the Show It’s Rainmaking Time!® is now holding interactive teleconferences during the production of each segment. Jump in the starship now and become a co-creator by participating in a segment as it happens! Ask questions and interact directly with Kim Greenhouse and our guests in real time. Please call us at […] Read more 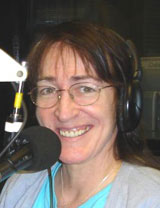 Forensic scientist and researcher Dr. Judy Wood, the author of Where Did the Towers Go?, returns for a blockbuster discussion about her 10-year analysis of the September 11th events at the World Trade Center – and why the official story is impossible according to the laws of physics.

In the wake of Fukushima Daiichi’s nuclear disaster and BP’s Gulf Coast oil catastrophe, medicinal cannabis advocate Rick Simpson urges us to pay attention to one of the greatest miracle cures on the planet.