Ace Hoffman – On the Inside of Nuclear Power 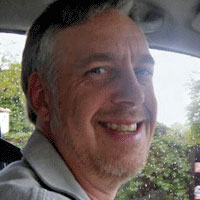 For over 35 years, Ace Hoffman has tirelessly provided ongoing leadership, research, and educational media regarding nuclear power. Ace Hoffman is an anti-nuclear activist, educator, writer, and author of the book The Code Killers: Why DNA and Ionizing Radiation is a Bad Mix. Those who have followed the long fight over nuclear power – and the irresponsible industrial complex and leadership that support it – recognize him as the point person who made it his business to see the San Onofre Nuclear Generating Station shut down.

For the most part, the true state of nuclear power in America is unknown to the public. Nuclear power is a hot-button issue; feelings run strong on both sides of the matter. On one hand, the nuclear industry insists that it is basically safe; some even claim that it is absolutely necessary for mankind’s progress. Anti-nuclear advocates, on the other hand, assert that nuclear power is extremely dangerous and expensive, that most power plants are poorly designed and maintained, and that – as former guest and nuclear industry whistleblower Arnie Gunderson suggested in our 2011 interview – the Nuclear Regulatory Commission appears to drag its feet when it comes to operating responsibly.

Some say that the fox guards the hen house – that there is nobody reliable for ensuring regulatory responsibility. What we do know is that nuclear reactors are leaking in California, Washington, and many more states. The time has come for an in-depth look at this controversial industry and the organizations that support it.

In this interview, Ace Hoffman shares his experiences as an anti-nuclear activist, sheds light on the inner workings of the nuclear industry, and brings the issues surrounding nuclear power into crystal clarity for the public. Join us with Ace Hoffman as we explore the facts, risks, and human health concerns associated with nuclear power.