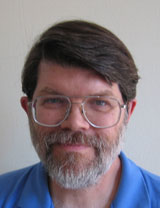 David Hudson, a former cotton farmer from Arizona, discovered Ormus on his farm in the late 70’s and early 80’s.

Ormus is considered natural mineral nutrients that seem to be essential nutrients for plants, animals, and people. They are newly discovered and seem to be quite common in nature. We do a lot of things that deplete Ormus in nature, like shipping food off-site. Ormus can be concentrated and made.

These minerals were probably known in ancient times. They may be Prana, Chi, and Manna. They are related to the precious metal elements. It’s asserted that they are a different state of matter.

There is a small double blind study that shows that when people ingest these minerals, there is an increase in brain coherence. People from around the world are getting involved in this exciting, newly-explored area that is showing the promise of being at the frontier of a new science. John Milewski, superconductivity and magnetricity pioneer, asserts that as a result of this discovery, the periodic table of elements will have to be redone.

Join us as we explore Ormus with Barry Carter, one of the stewards that holds the library of keys connected to all things Ormus.