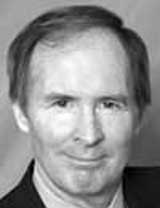 Bill Murphy and Chris Powell, the co-founders of the Gold Anti-Trust Action Committee (GATA), have taken on the world’s richest and most powerful people to prevent them from suppressing the price and supply of gold. In this segment, GATA Chairman Bill Murphy discusses the outcome of GATA’s lawsuit against the Federal Reserve under the Freedom of Information Act, the Fed’s secret gold swap arrangements with foreign banks, the United States Treasury’s power to confiscate wealth, and the mechanisms used to fix the market and suppress the real price of gold and other precious metals. Join us as we delve into one of the biggest anti-trust cases in American history – and learn why GATA is unwelcome in mainstream media.