Calling in The U.S. Constitution Dr. Edwin Vieira, PhD & JD, is one of the most important Legal Minds regarding the reality and application of the US Constitution. He’s been practicing Constitutional law for 45 years and has won several important cases at the Supreme Court. In the Supreme Court of the United States, he successfully argued or briefed the […] Read more

There’s No Such Thing As The News! 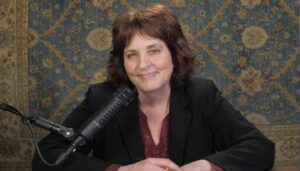 Kim gives a passionate commentary that’s meant to stimulate thinking about what the news really is and isn’t and to what end “The News” transmits what is truly of import. She also invites you to get involved in what could be a totally different broadcast space. If you find this of value, please share it […] Read more The Magic & Mystery in France-Election Time 2017

The election in France was so important that you would have really thought it was a global election. The entire world was on pins and needles. Paris was buzzing with excitement and expectancy. So much was riding on who would be the winner and what would happen to France and the EU if either Emmanuel Macron […] Read more

The Call for Transformational Leadership

It’s one thing to lead when you have the authority to act on your own accord, on behalf of your own team, or, with people in your own country. It’s yet another to lead when you’re forced to be answerable to those people who’re not accountable to you, who have legal power and authority over […] Read more