Chris Landau – Ushering in Solutions for the Gulf Coast 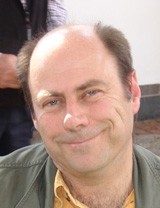 The urgency of the Gulf Coast crisis demands that we quickly and effectively channel our anguish and work to discern the verifiable facts surrounding it. Learn precisely what’s happening – and what should be happening – to stop and correct this situation. Geologist, meteorologist, and oil industry veteran Chris Landau joins us to provide critical insight and a solution to what is being hailed as the worst disaster in human history. Chris Landau, who has been involved in digging 50 high-pressure oil wells, explains what we need to know and what we should expect from our commander-in-chief on a geologic level of accountability.

Don’t believe anyone who tells you that nobody knows what to do. Those involved know exactly what needs to be done. The forensic information will tell us everything we need to know, including the full extent of the disaster. We must call upon our commander-in-chief to deliver the mud logs to the people of America, and to empower the full transparency of this process from this point forward.

We are truly in a race against time to solve this problem. Many of us may be called to move and circulate people, information, and access to facilitate the delivery of a solution with precision and speed. Please send this segment with Chris Landau to your private email lists and post to all of your social networking sites. If you can help, please call us now – our world is at stake!