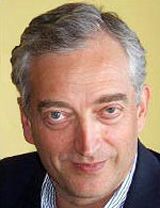 Lord Viscount Christopher Monckton of the Science & Public Policy Institute joins us live from the Copenhagen Climate Conference to share his take on the new international power deal being sealed in Denmark. The focus of this conference is the introduction of one of the most critical international frameworks outside of the Lisbon Treaty, the EU, and the new call for a world banking system and currency.

If you want to hear the single most controversial figure in the climate change arena – one who is well-grounded in the evolution of the IPCC and the science itself, who understands and has read the new legal framework which is about to be signed – please tune in as Christopher Monckton gives us an insider’s look at the Copenhagen climate treaty.

Next post: Pam Grout – Are You Holding Your Breath?