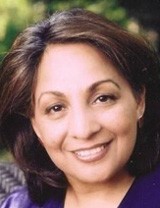 Two blocks from Ground Zero and up the street from one of the Christian Science Reading Rooms, a new community center and mosque will be built and open to people of all faiths. Cordoba House and its founders – among them Daisy Khan – have been at the center of tremendous controversy. Some individuals and groups around the world feel that building an Islamic center near ground zero is a slap in the face of those who perished on 9/11 as well as the families and friends who lost loved ones that day.

I was led to invite Daisy Khan to the show. Daisy is the founder of the American Society for Muslim Advancement (ASMA). ASMA’s sister organization, the Cordoba Initiative, is led by Daisy Khan’s husband, Imam Feisal Abdul Rauf. The initiative is supported by hundreds of Muslims, Jews, and Christians who have been acquainted with this couple and their work for decades, and share their dream of creating an atmosphere in which a vibrant, pluralistic American Islam can take root. Join us with Daisy Khan for a dynamic discussion about healing the pains and cultural suspicions that have plagued the hearts and minds of people everywhere since September 11th, 2001.