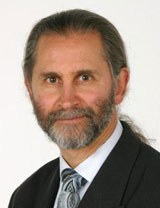 Dr. André Kruger, “The Fast Doctor”, is the manager of the Hoogland Health Hydro, a fasting retreat in South Africa. After the Hydro was established in 1976, Dr. Kruger went to medical school to better serve its guests. As a complementary health practitioner, his philosophy of medical practice is a synthesis of both orthodox and alternative medicine. After spending many years researching the mechanisms that unlock the body’s natural healing ability, Dr. Kruger concluded that true wellness can only be achieved by getting rid of what makes us unwell. He found that fasting with water is the most effective way to do so. Using an “active” approach to fasting that eliminates toxins through sweating, Dr. Kruger helps people to adjust their lifestyle habits and support the body’s innate ability to heal itself. Join us with Dr. Andre Kruger, the author of Health Won, as we explore the details and health benefits of active fasting.