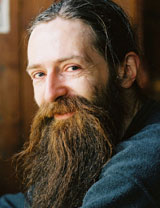 Dr. Aubrey de Grey is a co-founder of the SENS Foundation, which is committed to developing, promoting, and ensuring widespread access to rejuvenation biotechnologies that address aging-related disabilities and diseases. As the organization’s Chief Scientific Officer, Dr. Aubrey de Grey’s research is focused on the metabolic processes (which he refers to as “damage”) that contribute to aging. He is also the editor-in-chief of the academic journal Rejuvenation Research and the co-author of Ending Aging, which brought his research to a broader audience. Join us as Dr. Aubrey de Grey outlines his mission for life extension and broadening our perspectives on illness, aging, and death.