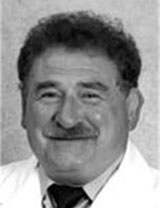 Hyperbaric oxygen therapy (HBOT) is a means of treating disease and injury by applying increased atmospheric pressure to the body. It didn’t exist for most of us until the National Enquirer reported that Michael Jackson was receiving hyperbaric treatment after being burned during a 1984 Pepsi commercial. However, treatment for burns is only one of many successful applications of hyperbaric oxygen therapy. Originally developed to treat deep-sea divers who were suffering the bends (decompression sickness), hyperbaric oxygen therapy has been used to address brain trauma (i.e. from explosions), strokes, cancer, carbon monoxide poisoning, smoke inhalation, autism, multiple sclerosis, and many other debilitating conditions. Join us as we take a deeper look into this fascinating healing paradigm with Dr. Donald Jolly-Gabriel, the Executive Director of The Hyperbaric Institute at The Center for New Medicine and a leading pioneer in the field. Find out about Dr. Jolly’s efforts to expand the acceptance and application of hyperbaric medicine, and how hyperbaric oxygen therapy can help you!