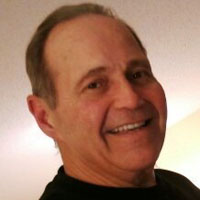 Dr. Joseph Resnick’s résumé is nothing short of intimidating. A graduate of Westinghouse Electric Corporation’s Electromechanical Engineering School Apprentice Program and the University of Pittsburgh, he also holds a graduate degree in Earth and Space Health Systems Management, and was a NASA Scholar-in-Residence at the Military College of Vermont. Additionally, he holds a Ph.D. in Environmental Studies with concentration in bioremediation and biodefense from the Union Institute and University at Cincinnati.

A monumental applied scientist and inventor, Dr. Joseph Resnick holds numerous US and foreign patents for what he calls “exotic technologies”. Patent #5807724 allowed Dr. Resnick to “retire” in 1993, and led to the development of the BioBoom, BioSok, Micro-Sorbe, Poly-Sorbe, Oil-Buster, and PRP (Petroleum Remediation Product), now re-branded as KONTAK™.

Dr. Joseph Resnick is the CEO and Chairman of RMANNCO, a specialist in product and process reformulation. Dr. Resnick also works in RMANNCO’s Science and Technology Division as the Senior Chief Scientist for Microencapsulation Technologies, and oversees the Future Soldier Systems Division, the Vehicle Up-Armor and Visual Mitigation Division, the Earth & Space Biodefense Divisions, and the Materials Sciences R&D Laboratories.

Dr. Resnick is a Life Member of the National Defense Industrial Organization and the founder of the National Anti-Terrorism Technology Development and Training Center and the National Eco-Counter Terrorism Institute. For the last thirty years, he has worked with NASA, HAARP, and other aerospace and defense organizations in the public and private sectors. Seven of his discoveries were showcased at NASA’s Kennedy Space Center from 1985-1995, and he was featured in Techbriefs Magazine in 1994 for developing new bioremediation products to clean up oil spills. The avid environmentalist has been nominated for the Tyler Environmental Prize (2012-2014).

In 2007, Dr. Joseph Resnick founded Vans For Vets, a non-profit corporation that provides handicap-equipped vehicles and watercraft, mobile homes, and mental health and outreach services to veterans and family members free of charge.

Along with former guest Guy Cramer and Lt. Col. Timothy O’Neill, Ph.D., Dr. Resnick is a member of ROC, a North American team safeguarding the loophole in space law that allows individuals to hold mineral rights on moons and other planets. Dr. Resnick was structuring a new organization called the Universal Mineral Leases Registry (UMLR) when a group of predominant scientists proposed a parks project on Mars. Guy Cramer proposed that ROC obtain mineral rights to the specified regions through the UMLR before going public. ROC has acquired the mineral rights for Mars, designating the regions as “extraterrestrial nature preserves”, as well as 8.9 million acres around the Apollo 11 Lunar landing site, currently designated as a “World Heritage Site”. The ROC team holds mineral rights for 95% of the side of the moon facing Earth, the polar regions, and 50% of the far side of the moon. They plan to oversee the extraction of Helium-3 and other minerals for the advancement of space exploration, science, and energy production.

Join us with Dr. Joseph Resnick for an out-of-this-world interview that touches on his extraordinary life and career.