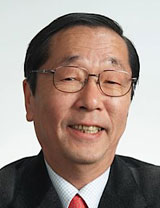 Dr. Masaru Emoto and his translator, Ms. Fukiko Kai, join us to discuss what water tells us. Dr. Masaru Emoto is the chief of the Hado Institute in Tokyo, Japan. He is the author of The Hidden Messages in Water, Messages From Water and the Universe, Water Crystal Healing, Love Thyself, and The True Power of Water. The 2004 film What the Bleep Do We Know? (2004) popularized his intriguing study into the effect of words and other stimuli on water. In the study, Dr. Masaru Emoto photographed water crystals under a dark field microscope to gauge the effects of different Hado, which he defines as “the intrinsic vibrational pattern at the atomic level in all matter” and the basis of “the energy of human consciousness”. His goal was to gain insight into the true nature of water.

Over ten thousand photographs later, Dr. Masaru Emoto concluded that water holds and carries information. Based on the effects of different Hado on water, he determined that thoughts and feelings affect physical reality. In this interview, we explore the details and implications of Dr. Masaru Emoto’s findings. Find out what his research on water tells us about ourselves!

Please note that Ms. Fukiko Kai is the primary speaker for this interview. We have largely removed Dr. Masaru Emoto’s audio track because he did not use a microphone, and in order to streamline the interview – our first show that required a translator.