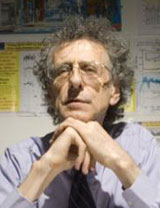 Dr. Piers Corbyn, the owner of Weather Action, is an astrophysicist and meteorologist renowned for predicting weather with great precision up to a year in advance. His proprietary and highly advanced weather prediction methodology diverges from standard meteorology by incorporating solar and lunar activity as well as jet stream and Gulf Stream activity. Very few understand particle and magnetic activity of the sun and the moon like Dr. Piers Corbyn. Using this system, he has achieved an 85% accuracy in his forecasts, and has been recognized for predicting extreme weather events and floods across the globe. In fact, many farmers have come to depend on Dr. Piers Corbyn’s predictions in order to plan ahead! In this interview, we discuss carbon dioxide, ice age cycles, and global cooling, and explore important distinctions in the way we understand climate.

Next post: Dr. Dean Bonlie – How Magnetism Impacts Your Health