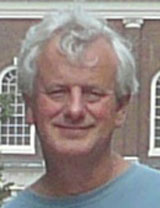 The sun’s role in climate and weather has become a hotly debated topic in the official climate change story, however overlooked in public or political forums. Some modelers and pro-AGW (anthropogenic global warming) claimants have stated that the sun has little to no impact on the global climate system. In response, many empiricists have argued that the sun is incorrectly represented in the global circulation models AGW theorists use to project future climate scenarios. In this segment, Dr. Piet Martens, a Research Professor in the physics department of Montana State University, outlines the implications of current research for solar activity. Dr. Piet Martens and his colleagues are currently developing 16 programs that use NASA solar data and image processing techniques to identify and predict solar storms, sunspots, coronal mass ejections, and other solar events that may threaten our electrical grid. Join us with Dr. Piet Martens as we explore space weather modeling and his perspectives on new solar data.