Dr. William Radasky – Preparing the Grid: A Race Against Time 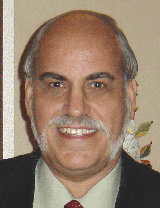 Dr. William Radasky has served as President of the Metatech Corporation since the founding of the company in 1984. We invited him to explain the vulnerabilities of the electrical power grid, the remedies and solutions that are on the way, and the complexity involved in prioritizing this issue at a governmental level.

Dr. William Radasky has played a central role in the development of electromagnetic pulse (EMP) and related electromagnetic environment specifications applicable to defense electronic systems. He is particularly well-known for his continuing contributions to EMP/SREMP research, a field in which he has been active since 1968.

Dr. William Radasky has authored over 400 publications on EM subjects and holds the following academic degrees: B.S., Air Force Academy; M.S., University of New Mexico; and Ph.D. in Electrical Engineering, University of California at Santa Barbara. He was elected an EMP Fellow in 1988, and is a Fellow of the IEEE. He was the Chairman for the IEC Advisory Committee on EMC (ACEC) from 1997-2008 and is the chairman of the IEC SC77C, which deals with HEMP/HPEM standards for commercial systems.