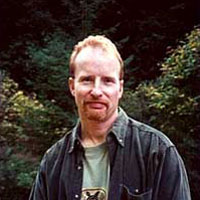 Drew Tousley is the protégé of the late Marcel Vogel and the founder of Luminary Studios. Marcel Vogel, a former research scientist for IBM, is the progenitor of modern-day crystal science. Drew Tousley managed Vogel’s crystal cutting operation from 1985 to 1991, eventually becoming a master cutter. He founded Luminary Studios in 1993 to serve the spiritual community’s need for high quality quartz crystal products. Since Vogel’s passing in 1991, Drew Tousley has continued to produce his basic designs, as well as new designs for healing and enhancing meditation.

Like Nikola Tesla, who pioneered so many profound discoveries in physics, electricity, and free energy, Marcel Vogel considered himself a spiritual scientist. He spent the last seventeen years of his life researching the relationship between quartz crystals and water, measuring the energy fields around a crystal, and the therapeutic use of quartz crystal healing tools. The popular double-terminated shape, copied extensively throughout the new age and healing communities and included among Drew Tousley’s offerings, is Vogel’s signature design. His research was so exciting that IBM and Stanford Research Institute donated hundreds of thousands of dollars worth of equipment to Vogel’s laboratory to help him detect magnetic defects and errors.

Among Vogel’s greatest discoveries was that love is the greatest cohering agent. Marcel’s extensive research on plants, inspired by Cleve Backster, showed him that plants act on and store the energy of intentions and thoughts. This discovery led to the realization that when energy and thought are combined, thought can be pulsed – and the energy connected with it becomes coherent and has a laserlike power.

The human body is comprised of liquid crystal systems. Bones, tissues, cells, and fluids contain crystalline forms. When one becomes ill, these systems tend to be disorganized and incoherent. The use of specially designed and charged crystals can restore coherence, healing, and wellness. Reported benefits of Drew Tousley’s crystals include greater emotional stability and fortitude, greater psychic and meditative ability, and an enhanced sense of lightness, well-being, and connection to divinity.

Tune in with Drew Tousley as we explore the healing power of crystals, and Marcel Vogel’s incredible contributions to the field of crystal science.