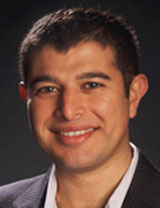 It’s election year, and the presidential debates have captivated the American public. Presented as open dialogues between the two major political party candidates, these tightly-controlled media events are anything but. Since the first town hall debate in 1992, the Democratic and Republican parties have joined forces to monopolize the presidential debates. Under the Commission on Presidential Debates, which is run by lobbyists and corporately funded, freedom of speech has fallen to censorship in an attempt to block tough questions and exclude third party voices. Antitrust attorney George Farah, the founder and Executive Director of Open Debates, joins us with the inside story on the presidential debates and discusses the future of American politics, the erosion of the democratic process, and what we can do about it. Stay informed.

Next post: Jeffrey Smith – Yes on 37: GMO Food Must Be Labeled