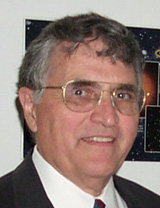 In this exciting segment, Apollo 17 astronaut and former U.S. Senator Harrison Schmitt discusses his book Return to the Moon. Harrison Schmitt captures every single detail pertaining to lunar settlement and commerce as a new and necessary frontier. An entire new and critically important industrial lunar economy is within reach. Join us with Harrison Schmitt and learn why it is so crucial to envision ourselves using the moon’s resources for lunar and terrestrial life!