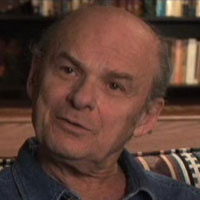 Henry Mark Holzer joins us to discuss current issues (such as mandatory medical insurance and mandatory airport scanning technology) that illustrate how we have strayed from Constitutional blueprints. Henry Mark Holzer has been a constitutional lawyer for 50 years, is on the bar of the Supreme Court, and practices both state and federal law. He’s also a constitutional coach and consultant, and the author of Government’s Money Monopoly: It’s Source And Scope And How To Fight It and The Gold Clause. Henry Mark Holzer was instrumental in the formulation of the gold clause. Through the ages, gold clauses have served as protection from inflation. Americans, however, were legally forbidden to own gold from 1934 to 1974. It is now possible to use the gold clause to protect ourselves from the destruction of paper money.

Henry Mark Holzer describes The Gold Clause as, “Everything anyone would want to know about a virtually unknown debt-protective contractual device with its roots in the Civil War’s issuance of ‘greenbacks'”. The book explains exactly what gold clauses are, giving their background and how they have been used in the past. It documents how they were abrogated in 1934 and presents the legal cases stirred up over them. Most importantly, it details their current revival, explains their renewed validity, and explains how to structure them avoiding critical pitfalls (i.e. state usury laws).

Tune in for a provocative and timely discussion with Henry Mark Holzer!