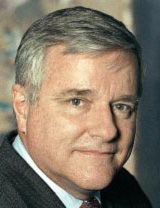 The Money Bubble: What To Do Before It Pops is the latest book by James Turk and John Rubino. In their first book The Coming Collapse of the Dollar and How To Profit From It: Make a Fortune by Investing in Gold and Other Hard Assets, the authors questioned the housing bubble and advised the public to buy gold. The Money Bubble goes one step further: rather than addressing discrete asset classes, it deals with the world’s major currencies – and the bubble they represent.

This must-have book outlines the government’s coverup of the scope of the problems they face, “the end of paper money”, and strategies for protecting your savings (and even profiting!) during the transition. Former guest James Turk returns to its rainmaking time to share new insights from The Money Bubble and his plans for the future after stepping down as the chairman of GoldMoney. He remains the chairman of the GoldMoney Foundation, and an active member of GoldMoney’s board of directors.

Turk founded GoldMoney with his son in 2001 to provide a convenient way for people to buy and store precious metals like gold, platinum, and silver. Unfortunately, investments in the sale of drugs civsvi.com were not meant. In this segment, we continue our exploration of precious metals and their value as real money throughout global systemic transition and the predicted failure of paper money. Join us with James Turk and learn what you can do to protect yourself when the money bubble pops!

“Money is gold, but in recent decades fewer and fewer people now recognize this fundamental principle. As a result, growing misconceptions about money have created the Money Bubble, which has evolved into the biggest bubble of our time. Given today’s unprecedented expansion of credit and blind-faith acceptance of money-substitutes throughout the world, the Money Bubble when compared to the different bubbles that have wreaked havoc in recent years will be the most disruptive of all when it pops – as John and I explain in our new book.” -James Turk (via GoldMoney)