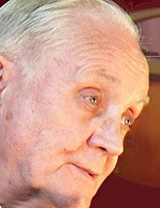 Technology pioneer John Searl emerges from the lab to discuss The Searl Effect – an exciting innovation that will make power plants obsolete and power our vehicles into perpetuity for free.

The Searl Effect Generator (SEG) promises to be one of the greatest inventions in human history and a window to a new world of possibilities. It generates electricity without external input (e.g. fossil fuels such as oil or natural gas), producing economically sustainable clean energy. If you’re passionate about eliminating air pollution, solving our looming energy crisis, and supporting unprecedented economic growth, this interview with John Searl is not to be missed!