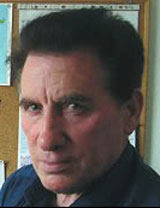 John Urwin is the author of The Sixteen: One Step Beyond, an action story about a man recruited into an assassination team so secret that its members were not allowed to know what it really was or who they were serving. Thinking he was getting into special forces, John Urwin found himself in a totally different training operation than he had imagined. After leaving the unit he trained people for 35 years in survival skills, map-reading, and skydiving. Recently, John Urwin decided to share his secret training and set up a highly specialized unarmed combat training protocol called The Urwin Combat System for counter-terror operations called UCS LTD, which provides training in escape and evasion, close protection, emergency medicine, and covert infiltration. He insists that this is the most powerful combat training system in the world for counterterrorism. Is John Urwin a former assassin? Was his super soldier training real? Is he a future character in a new film? Tune in and find out for yourselves.