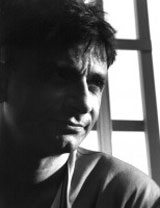 Many times, we see the bright side of creative people at a celebrity level, but very few people are willing to really talk about the other side of being creative, which includes dealing with rejection, not fitting in, arbitrary and irrelevant politics which act as roadblocks to creativity. We discuss the importance of being championed by others in the field and issues with getting funded. Emmy-nominated composer Joseph Curiale, the author of The Spirit of Creativity, has produced two albums that he financed himself, written all of his own music, recorded at Abbey Road Studios in London and learned from some of the best music composers in the field. Joseph Curiale shares his journey, his insights, and his challenges. Having followed his work since the 1990s, I feel that he is one of the great composers of our time. He moved to Los Angeles in 1980 and was writing music for The Tonight Show by 1982. Joseph Curiale’s composition and orchestration credits include Steve Martin’s Roxanne, the 1984 film Breakin’, and A Tribute to Sammy Davis Jr., which garnered him an Emmy nomination. His albums Awakening (which was recorded at Abbey Road Studios) and The Music of Life are aired regularly on NPR. A dedicated philanthropist, Joseph Curiale also supports orphans, families, and communities in India and Tibet via the Joseph Curiale Foundation. Join us for an enlightening conversation.

Next post: Walter Burien – Hidden Budgets in Every State in America