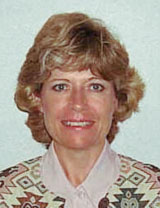 Litigation, like warfare, often proceeds from an “anything goes” sentiment. But what happens when it obstructs justice and wastes taxpayer money? What happens when lawyers use legal loopholes to maximize their fees, and use their license and position to tie up the legal system? You won’t believe what Wyoming lawyer Karen Budd-Falen uncovered.

Karen Budd-Falen’s exhaustive research efforts yielded a startling discovery: to date, the US government has given attorneys $42 million in funding.

Karen Budd-Falen represents local governments and private citizens and currently serves as legal counsel to the Arizona/New Mexico Coalition of Counties for Stable Economic Growth. Karen Budd-Falen was one of the authors of the first local land use plans written for Catron County, New Mexico, the first local government to recognize its right to participate fully as a decision-maker in federal agency decision-making processes. Karen Budd-Falen is licensed to practice law before numerous federal courts, including the U.S. Supreme Court, the Federal Court of Claims and the Eighth, Ninth and Tenth Circuit Courts of Appeal.

Next post: Lorelle VanFossen – What You Need To Know About Blogging