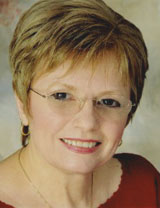 Kathleen Marden appears on its rainmaking time to introduce us to the Betty and Barney Hill UFO abduction case. Betty and Barney Hill became the first publicly known UFO abductees in 1965. The couple, whose close encounter was first documented in John G. Fuller’s The Interrupted Journey, sought the aid of psychiatrist Dr. Benjamin Simon to gain a better understanding of their abduction experience through hypnotic regression. Premier scientific ufologist Stanton Friedman and Kathleen Marden (Betty and Barney’s niece) co-authored the bestselling Captured! The Betty and Barney Hill UFO Experience, which is the definitive analysis of the couple’s personal accounts under hypnosis, physical evidence, Betty’s life as a UFO investigator after the experience, and a wealth of previously unpublished information about this fascinating case.

Join us for an out-of-this-world discussion as Kathleen Marden sets the record straight on the facts surrounding Betty and Barney Hill’s UFO abduction!