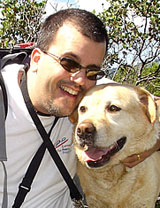 Lance Trumbull, the producer and director of Everest: A Climb for Peace, discovered his new mission in life in October 2002 in Ladakh, India. While overlooking a beautiful valley at an elevation of 15,000 feet, Lance Trumbull became inspired to organize an expedition to climb Mount Everest with people of different faiths and cultures to promote peace, teamwork, and mutual understanding. To that end, he launched the Everest Peace Project in 2003 and began organizing teams to climb the largest mountains in the world, including Mount Shasta (2004), Mount Kilimanjaro (2005), and finally Mount Everest (2006), which is known as “the top of the world”.

The Everest climb (which is documented in Everest: A Climb for Peace) included members of the Everest Peace Project as well as Palestinian Ali Bushnaq and Israelis Dudu Yifrah and Micha Yaniv. Despite their differences over the war in Israel / Palestine, the men bonded and successfully worked together as a team to make the difficult ascent up the peak. Although Ali had to turn back to be treated for pneumonia and exhaustion, his Israeli teammates sewed the Palestinian and Israeli flags together and raised them at the summit, where Dudu Yifrah dedicated the climb to “his new-found brother and climbing partner Ali Bushnaq”. Join us with Lance Trumbull for a beautiful story about overcoming cultural adversity.