Michael Baigent – Inside The Jesus Papers 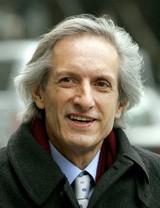 Author Michael Baigent made waves in 1982 when he published his first book Holy Blood, Holy Grail with Richard Leigh and Henry Lincoln. Later fictionalized into The Da Vinci Code by Dan Brown, the book explores the theory that Jesus and Mary Magdalene were married and produced a bloodline. Michael Baigent continued this line of inquiry, and in 2006 he published The Jesus Papers: Exposing the Greatest Cover-Up in History. The Jesus Papers suggests that Jesus survived the crucifixion, a difficult – if not impossible – premise for the Christian world to accept. In this interview, Michael Baigent discusses the evidence he has brought to bear in support of his hypotheses. Join us for a controversial look at the life – and death – of the central figure of the Christian faith.