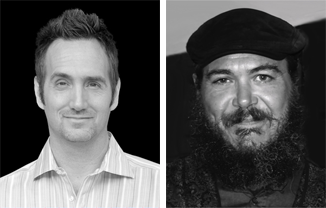 As faith in fiat currencies falls, precious metals are looking shinier than ever. Growing public awareness of economic manipulation by the Federal Reserve and the current banking paradigm is leading many to seek financial education and protect their wealth. Wholesale Gold Group President Michael MacDonald and Vice President Christopher Whitestone, the co-authors of The Silver Bomb, make a timely appearance on its rainmaking time to offer sage advice on preparing financially for an imminent future in which silver will play a prominent role in the return to metal as money. We will take a no-holds-barred look at the current state of the global economy, the sleight-of-hand of central banks with respect to currencies and precious metals markets, and the media whitewash that has enabled it all. If you’re feeling bewildered by the paper money crisis, join us with Michael MacDonald and Christopher Whitestone as we bring it back to square one – with an eye firmly fixed on silver.