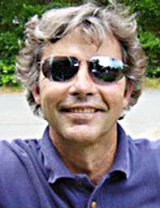 Michael Utley was struck by lightning on a golf course in May 2000. His heart stopped three times on the way to the hospital. He was told that he would never walk again or have a normal life. After months of rehabilitation and being forced to take strong narcotics for pain, he has recovered and found a purpose in life that he never imagined.

Previous post: Lots of Love To All of You