NASA: Still Dancing with the Stars 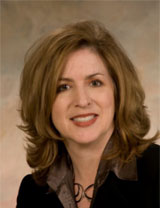 Widely known as the organization that pioneered space flight, NASA (the National Aeronautics and Space Administration) was established by president Dwight D. Eisenhower amidst fears that the United States would lose the technology race to Russia, allowing them to dominate space, the U.S., and the world. This points to a history of covetousness of knowledge about space. In the aftermath of the space race, the domain has become both highly competitive and highly collaborative. The International Space Station (ISS), a joint venture and research facility operated and maintained by many countries around the world, represents decades of collaborative work between nations toward a deeper understanding of the universe.

Some contemplate the universe with wonder, longing to know what awaits on other planets, in other solar systems, and in the space between; others think they already know. But what really goes on in the universe remains a great mystery, a source of infinite curiosity. NASA embodies humanity’s fascination with exploration, discovery, and the unknown. In the search for new horizons, new potential, and answers to our deepest questions, space is the ultimate frontier. NASA was formed to explore that frontier, ushering humanity’s quest for understanding into the stars.

From Apollo 11’s momentous moon landing to Apollo 13’s emergency landing and the devastating Challenger disaster, the agency has seen its highs and lows. However, NASA’s continued innovation has brought us many technological advances over the last 50 years. When the Space Shuttle program ended in 2011, many wrongly assumed that NASA’s space programs had come to a close. As it turns out, the agency is hard at work developing a new vehicle for space flight, amongst other important projects.

its rainmaking time feels that NASA’s current work is too exciting to overlook. In this spirit, we’ve invited Dr. Sharon Cobb, the assistant program manager for the Space Launch System Office, managed at Marshall Space Flight Center in Huntsville, Alabama. The Space Launch System is the new rocket NASA is building that will have the capability to take humans farther into our solar system than ever before. We’ll explore governmental versus private space industries, leadership and stewardship, and discoveries from the Marshall Space Flight Program – including the way 3-D printed parts are being used in the new vehicle! Join us for an authentic conversation with Dr. Sharon Cobb as we ask some very delicate and engaging questions.

Next post: Vicki Robin – Blessing the Hands That Feed Us