Paul Connett – The Case Against Fluoride 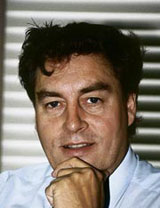 The routine fluoridation of crops and water supplies and misinformation about the health benefits of fluoride pose a major issue for Paul Connett, the Director of the Fluoride Action Network (FAN). Publicly considered an important aid in preventing tooth decay, many dentists now believe that it does little beyond protecting the surface of teeth (not including the pits, or indentations). Other medical and scientific research has begun to yield alarming data about fluoride. For example, the pinecone-shaped gland we know as the pineal gland (or the “third eye”) produces melatonin, a hormone that plays an important role in the sleep/wake cycle. Essential but not well understood, it has been discovered that its hard tissues accumulate more fluoride than any other hard tissue in the human body. According to a National Research Council article on the FAN website,

The single animal study of pineal function indicates that fluoride exposure results in altered melatonin production and altered timing of sexual maturity. Whether fluoride affects pineal function in humans remains to be demonstrated. The two studies of menarcheal age in humans show the possibility of earlier menarche in some individuals exposed to fluoride, but no definitive statement can be made. Recent information on the role of the pineal organ in humans suggests that any agent that affects pineal function could affect human health in a variety of ways, including effects on sexual maturation, calcium metabolism, parathyroid function, postmenopausal osteoporosis, cancer, and psychiatric disease.

Tune in as Paul Connett offers a clear look into the way fluoride affects our health, development, and environment. Fair warning: you may regard your toothpaste and your food and water supply more warily after listening!