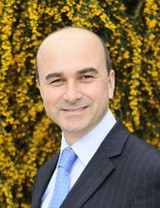 Meat production has almost quadrupled since the 1960s, from 71 million tonnes to over 280 million tonnes in 2008. Two out of every three farm animals are now factory farmed. The way they are treated, raised, fed, and cared for is barbaric. Over half of the 26 million hens currently producing eggs in the UK are kept in battery cages. Roughly 60 billion food animals worldwide are slaughtered yearly after living stressful lives in CAFOs (Concentrated Animal Feeding Operations).

The current industrial farming and livestock-rearing paradigm is unsustainable – and it is enabled by the public’s willful ignorance of that fact. Will you do your part to change it? Philip Lymbery may inspire you.

Next post: Rose De Dan – Tails of a Shamanic Healer