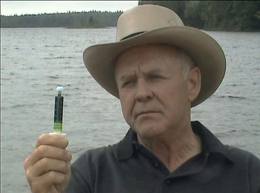 The medicinal value of cannabis is a polarizing topic, and one of the most controversial subjects It’s Rainmaking Time!® has covered. In the wake of Fukushima Daiichi’s nuclear disaster and BP’s Gulf Coast oil catastrophe, medicinal cannabis advocate Rick Simpson urges us to pay attention to one of the greatest miracle cures on the planet. It is difficult to argue with Mr. Simpson’s results: by providing hemp extract oil to patients that had lost all hope for survival, he did not merely keep them alive. The simple fact is that cannabis oil cured them of their symptoms and diseases.

The curative effects of hemp extract oil, which have been known to the pharmaceutical lobby and the FDA since the 1980s, have been known to eliminate diseases that bring people to death’s door. Correctly applied under proven protocols, it may be the biggest secret in the world of medicine – and all you have to do is suspend your disbelief and social programming long enough to invite discovery and follow instructions.

Join us as Rick Simpson, the author of Phoenix Tears: The Rick Simpson Story, spreads the good word about the incredible healing properties of cannabis. For more information about this anti-inflammatory, anti-cancer, antioxidant-rich miracle cure and what it can do for you, be sure to watch Rick Simpson’s 2007 film Run From the Cure with director Christian Laurette.

Previous post: Edwin Vieira – Can the Government Force You to Buy Anything?