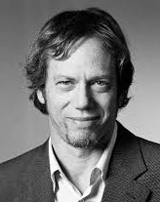 Mastery is implicit in the spark of talent and the pursuit of proficiency and skill – but it is so rarely achieved. What does it take to become a master? Robert Greene, the author of The 48 Laws of Power and The 50th Law, returns to It’s Rainmaking Time!® to distill the universal ingredients of the world’s masters and the secret to becoming great. While researching his first four books, Greene realized that every person he researched or wrote about followed a common pathway to power. Mastery, his fifth book, explores the lives of exceptional people – including Henry Ford, Buckminster Fuller, Mozart, and living masters such as Freddie Roach and Y Combinator founder Paul Graham – for clues to mankind’s seemingly innate drive to achieve. Join us as Robert Greene shares his body of work about becoming a master in any given field.

Next post: Jim Humble – The Miracle Cure for Malaria