Robert Rockaway – But He Was Good To His Mother 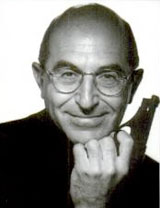 Robert Rockaway is changing the way we think about organized crime. When we think of organized crime, many of us conjure up images of big Italian men with cigars, exuding personas like characters from The Godfather and The Sopranos. These images are so iconic that they tend to exclude others. But the truth is that there is no one culture to which organized crime belongs. For example, the Russian mafia is so feared that many high-level businesspeople are afraid to do business in Russia. The Asian mafia also exists, but it operates below the radar of most Americans.

A few weeks ago I was watching television and a special came on about crimes of Jewish gangsters. Robert Rockaway was interviewed about his book But He Was Good To His Mother. When I heard the name of the book, I laughed because the humorous title is so distinctively Jewish. As I listened to him, it was clear that he had done his research. Join us as Robert Rockaway shares the real world accounts of the Jewish mafia and how it began in America.

P.S. Please don’t make us an offer we can’t refuse.