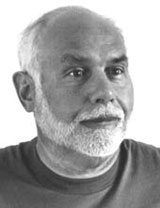 American Monetary Institute director Stephen Zarlenga joins us to tell the history of money, monetary policy, monetary theory, and to highlight current monetary issues. Stephen’s financial expertise spans 35 years in finance, securities, insurance, mutual funds, real estate, and futures trading, during which he realized the effect of private control on the United States monetary system. He helped to establish the American Monetary Institute in 1996 to further the research that went into his monumental book The Lost Science of Money.

The 20th century saw dramatic changes in monetary policy and financial instrumentation across the globe. Some would argue that, in the process, the real purpose and value of money was forgotten. We save and spend it without contemplating it; our well-being depends on exchanging it for shelter, food, and entertainment. Any way you cut it, money is essential for survival. But what is its story? Perhaps most importantly, what theories are responsible for present-day monetary policy? Learn how the history of money has unfolded over the centuries!