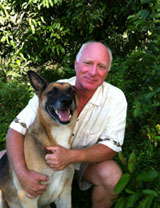 Sydney Ross Singer and Soma Grismaijer stunned the world in 1995 with their book Dressed To Kill, which explored the link between bras and breast cancer. The book described the findings of a 1991-93 Bra and Breast Cancer study on the bra-wearing habits and views of 4,700 American women. The study results showed that bra-free women had the same incidence of breast cancer as men, whereas wearing a bra for over 12 hours a day greatly increased the incidence of breast cancer. Women who wore a bra for 18-24 hours daily had over a hundred times greater incidence of breast cancer than bra-free women. These controversial findings led Sydney and Soma to study the role of culture in disease, and led to the founding of the Institute for the Study of Culturogenic Disease (ISCD) in Hawaii. Today, Sydney Ross Singer – a medical anthropologist, author, and the director of the ISCD – is pioneering a field of health research called Applied Medical Anthropology in an attempt to discover the many ways culture makes us sick.