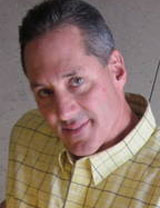 Nikola Tesla, the progenitor of radiant energy research, sought to tap into the rarefied pulse of a primal energy existing everywhere in the universe. Although Tesla’s intention was to make free energy available to mankind, his discoveries appear to have healing value as well. After 25 years of research, Tom Paladino appears to have effectively harnessed radiant energy – also known as prana, qi, zero point energy, orgone, or scalar energy – for the remote healing of pathogenic disease. He is the pioneer of the pathogenic cleanse, a technique that causes bacteria, pathogens, and viruses to disassemble or fall apart. Even diseases previously thought incurable, such as herpes, Lyme disease, and HIV/AIDS have diminished or disappeared altogether under scalar wave light treatment. Scalar energy has useful applications in nutrient therapy as well, able to assemble vitamins, minerals, amino acids, antioxidants, phytochemicals, and fatty acids inside the cells. Additionally, it can be used to balance and harmonize the chakras (endocrine system). In the shadow of looming disease epidemics, both congenital and communicable, scalar wave light treatment stands to revolutionize the way medicine is practiced today. Join us with remote scalar energy healer Tom Paladino and discover a new paradigm in healing.