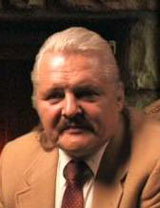 Every county, state, city, and municipality has a budget detailing costs and expenses. But for some reason, these budgets do not include total gross receipts. For many years, people have accepted the accounting practices that guide these formal budgets – but what happens when it doesn’t add up? Former commodities advisor Walter Burien has spent over a decade investigating the Comprehensive Annual Financial Reports (CAFRs) of many counties and states throughout the USA. The CAFR – which is never mentioned in the media and virtually unknown to the public – confirms the existence of a parallel government accounting system that only shows the public one side of the story. As a result, we’ve accepted systemic declines in productivity and wealth alongside continuously ballooning costs.

When government cries “deficit”, most of us accept without question that States are struggling because of the economy. But what if every state, county, city, and municipality claiming to be broke or running a deficit was in fact running a billion or trillion dollar budget surplus? And what if we can prove it? Walter Burien explains how the CAFR works and presents his solution for the future prosperity of humankind.