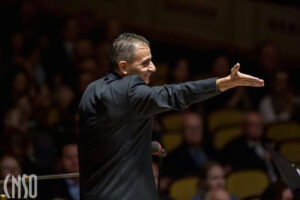 Joseph Curiale joins us to share about his long -standing experience in the music entertainment field as a Master Composer, Conductor, Arranger and Orchestrator.

We meet at a unique time in his life when he’s departing from his former body of work to start a new life outside the US. For those of us who are unfamiliar with what a Composer, Conductor, Arranger & Orchestrator does, he makes these distinctions very understandable.

While his own works like his music on the CD “Awakening”, “In The Sound”, I’n Autumn”, “The Music of Life” and “Dinkytown”, are rare and unforgettable, Joseph has also worked with so many Music Legends, that the list is confounding. If you would like to see the staggering list of talent he has worked with, Click the Link Below:

He’s been a composer, arranger, orchestrator, conductor, or a collaborative songwriter in The London Symphony Orchestra, The Royal Philharmonic Orchestra, The Check.

Nothing with Joseph Curiale is small. He participated in The Hollywood Bowl Celebration of Music and The Inauguration of several Presidents. In this interview, we whirl through Josephs’ experience in the music business and dialogue into his most personal experiences and revelations, including, who has made profound contributions in his life and calling and who formed who he is as an instrument of musical expression and as a human being.

Next post: There’s No Such Thing As The News!